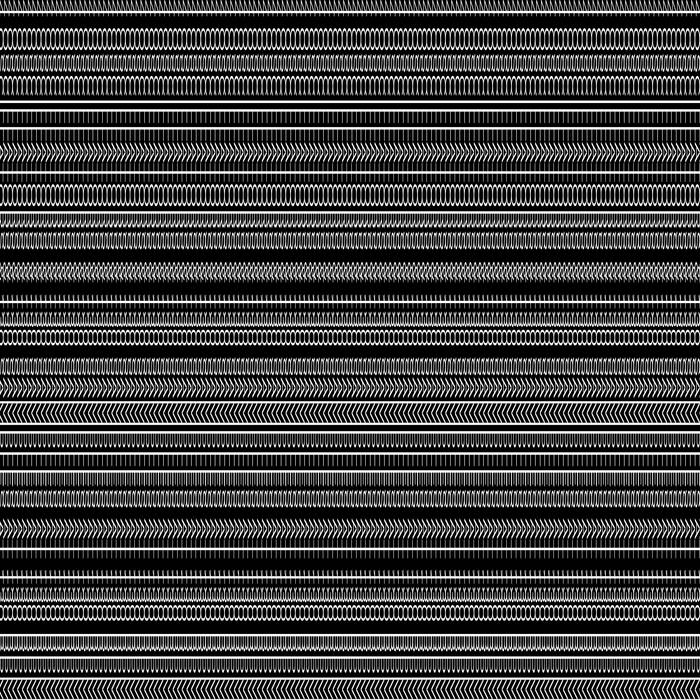 Clocking in just shy of 120 minutes, D. Glares second outing on Opal does nothing for those previously phased heads but turn them a few degrees further... Constructed with 4 Oscillators and 130 Samples, as the title would suggest, Glare coalesces these limitations into nth World psychedelia. In his words...

"4 Oscillators And 130 Samples At 130 BPM is one realisation of an idea with unknown possibilities from a combination of oscillators and a series of looped samples. The recording was made live, without editing.

Live synthesis is performed with two identical analog waveshape oscillators with 2/4 pole resonant lowpass filter and Voltage Controlled Amplifier. Control voltages are generated by the digital processors to control the analog components. Two digital processors with 48kHz 24bit sample rate provide the second set of two identical oscillators, both with envelope following, high-pass filter, distortion, pan, delay, tuned feedback and modulation calculations (envelopes, LFOs, routing). The oscillators are “reset” for the beginning of each performance, allowing for synthesis to be sculpted from the same starting point, with no fixed end-goal other than responding to the samples being triggered.

The 130 samples originate from various sources – ‘found sounds’ recorded on a mobile phone, synthesis, drum machines, musical instruments, fx units and the occasional vocal sample from charity shop vinyl. Each sample has been edited to loop at 130 BPM and then been processed (often more than once) through phase, reverb and EQ and re-recorded by a variety of means; filtered through the oscillators, onto tape, digitally, re-amped through a vacuum tube EQ and 4x12” or 4x10” speaker cabinet. In essence there are four types of sample: beat, synthesis (bass), synthesis (lead), synthesis (atmospherics). For performance, all 130 sounds are loaded onto samplers randomly, so that it is unclear which sound will be triggered, allowing for each performance to involve the samples in different combinations. There is no limit to how many samples can be triggered at once. Samples may be used more than once. The samples can be performed ‘clean’ or processed through further effects units (phase, reverb, delay, EQ, pitch shift, distortion). There is no fixed length for the performance - a performance finishes when the final sample has been triggered..."