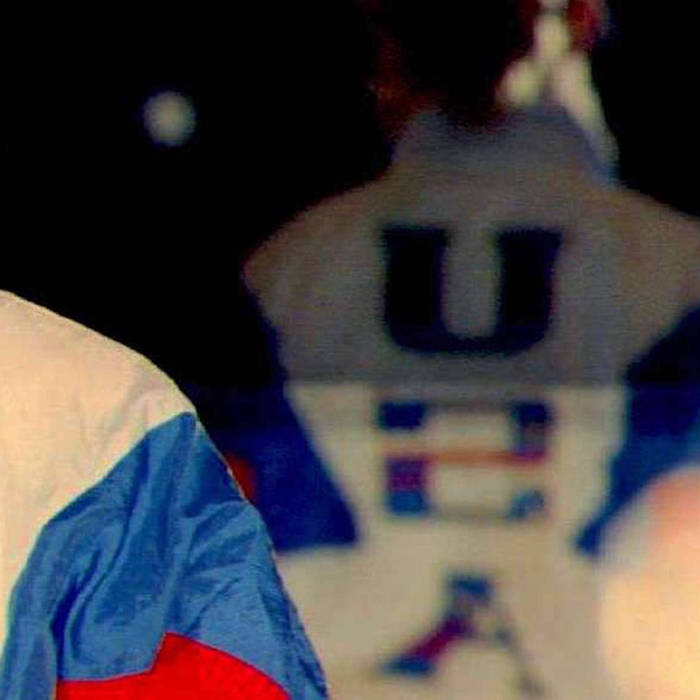 "Ambiguity presupposes a secret that no doubt expresses itself by vanishing, but that in this vanishing allows itself to be glimpsed as a possible truth."


"...greenish with the slime of time. Inside the dark cave glimmer the hanging rats with the cruciform wings of bats."


"America is not a young land: it is old and dirty and evil. Before the settlers, before the Indians... the evil was there... waiting."


Cursory research on the name “Mercedes Cambridge” locates a sadly neglected actress, Mercedes McCambridge, who was known during her time primarily for villainous supporting roles. Perhaps the most depraved of these was her providing the voice for the demon Pazuzu in “The Exorcist” (1973), tied to a chair (at her own insistence), drinking whisky, swallowing raw eggs and chain smoking cigarettes in the process.

Mercedes Cambridge's debut ADVERSARY plays out like the promethazine sipping soundtrack to a seance on a dance floor in purgatory; or at least Los Angeles. A Los Angeles collaged from samples, tabloid scrap memory and dream logic, of public secrets and scandal and unspeakable rituals reaching all the way back to the middle ages.

The artist (operating in semi-anonymity, as of this writing) is based in New Zealand, but their apocalyptic vision seems very much rooted in the United States. A certain otherness allows a portrait to be cast in a deeper relief; for instance much of the groundbreaking cinematography that defined 70’s “New Hollywood'' was lensed by Hungarian expatriates (incidentally, not the Exorcist, which was shot by Owen Roizman). The figure behind Mercedes Cambridge does work as a visual artist as well, and there is a feeling of these tracks being influenced by an almost painterly consideration, a visual sensibility which contains a deep resonance with soundtrack work.

Opening with a snarl, ADVERSARY kicks off with BRUTE MONDE - a spectral laugh haunts the streetwalker radar shuffle, emerging from a shimmering strum. A disharmonic tension rises - and after disappearing into a desperate bliss this tension erupts into unexpected violence via L.A. TOOL & DIE’s pure doom breakdown. FUN catches the listener on their heels and makes its screwed demand: have fun. A perverse request and a slapped bass in the echoing nothing of a dancehall on the event horizon. A climax hits but doesn’t release in WOMAN; a bell is rung, a choir is heard and hips wind like a hypnic jerk as it all falls deeper into this ten minute passage.

The beat goes on and an evil feel emerges under a name that was said to have summoned demons: PRELATI. Within, a fiendish backmask repeats unknowable dominion over sounds of wailing, which cast a flickering Bosch-like light on the evolving loops. The fires extinguish into the desolation of the DEATHWATCH, a doomed ambience, a wait for the cursed inevitable, holed up, bleeding out. The pure neo-noir soundtrack reckoning extends into LAIR, an orchestral pulse like a searchlight or the passing of streetlamps through a cracked windshield. Another more dread-sodden pulse develops a counterpoint, an encirclement. The penultimate track AMERICAN EVIL hits like a lament, a finale. A whole country with murder on its mind, the very idea of its creation adversarial to the old world and the new, a cancerous consumption/competition/possessiveness from manifest destiny to Tonya Harding. A space of psychic pressure producing dreams - to appease Mammon, sure, but also to give some sense of meaning beyond the utterly craven and empty paths of blood and tears the culture has left, and we leave ourselves. A Marlene Dietrich sample asks "why don't you come home baby".

CENOTAPH is a monument to someone buried elsewhere, a missing body. A grim denouement as the Angel of History looks down toward the past, rubble at its feet, in the city of angels.

Daryl Gates requested a copy of the lyrics after attending the album premiere and reportedly stopped reading them halfway through, complaining: "sometimes I hate this town." Joe Eszterhas wrote the liner notes in ten feverish days during the early 1990's while listening to The Rolling Stones at full volume.