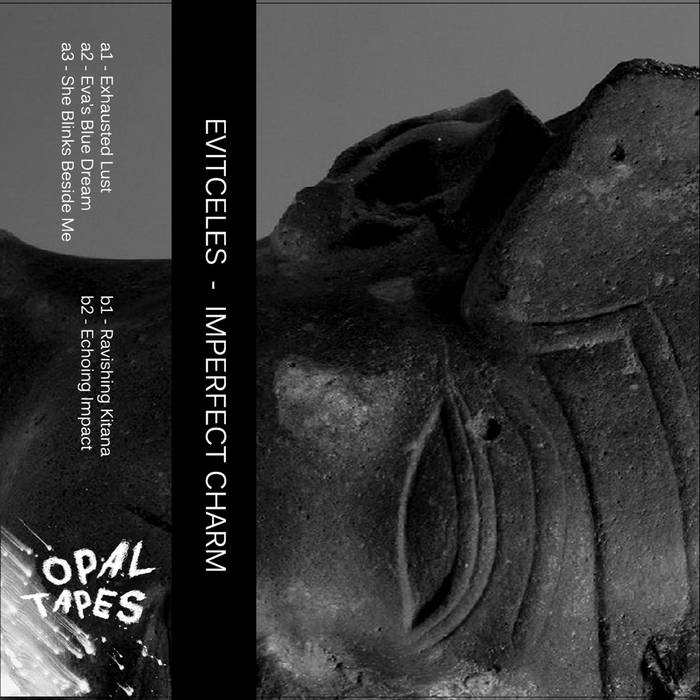 Over the 5 tracks on Imperfect Charm he infuses the "post-club" sound with a bittersweet melancholy of dissected voice and lurching library music. The expansive, cavernous environments created wobble and swell as they're punctured by the earth shaking drums. Artefacts falling away like crumbling earth as the side-chains release like mouths opening.

Opening track "Exhausted Lust" journeys through five tracks in one as UKG-voices slowly quiver over a moraine of vari-speed sampling and mixed bit-rates clashing together. Spaces open and light rushes in but is clasped away again suddenly like a music of suffocation.

Second bit "Eva's Blue Dream" again builds around simple voice cuts left to hang in reverberant holiness while half-stepping cybernetics rattle away beneath like AI piecing dubstep back together. "She Blinks Beside Me" segues us into the b-side with saccharine arps of retuned something stuck in limbo and fluttering delicately.

The bots are back, mechanically devouring the stereo space and the choking side-chains again apply pressure to the head. There's swing and sway and all kinds of kinetic energy popping off as wave after wave keeps on crashing in but Evitceles holds the weight up with an ever more layered and detailed mid-range of percussions and that single pad of near hope which issues in the end.