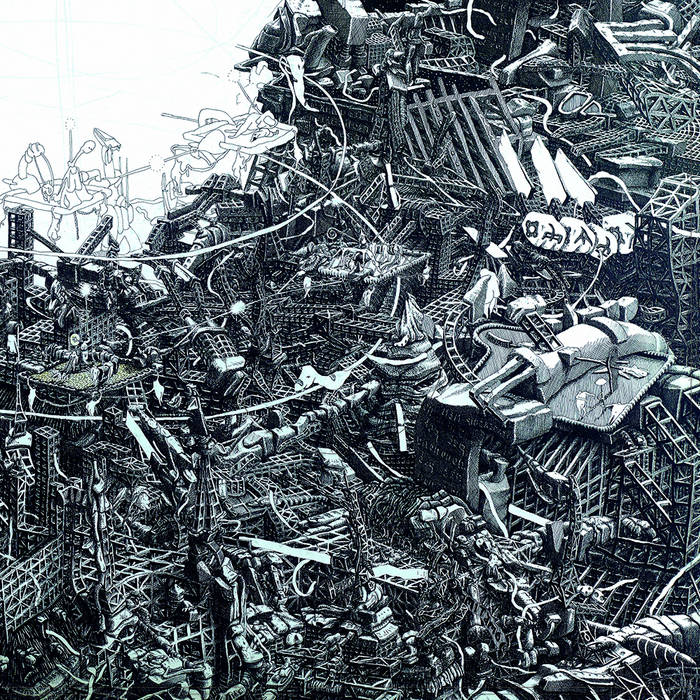 Finn of Tomland Yet another über nice and well crafted release from Lumisokea on Opal Tapes! Their live set at the INTONAL festival in Malmö last year was a precious treat that still put a big smile on my face... Favorite track: Nanissáanah.

On the Transmissions from Revarsavr LP, Lumisokea continue their exploration of rhythm technology and electroacoustic experiments while paying tribute to the pioneering spirit of the visionary inventors and composers from the early 20th century from the former Soviet Union. Linking the polyrhythmic ferocity of Apophenia (Opal Tapes 2014) to the otherworldly acoustic biotope of Mnemosyne (Alter 2015), Transmission from Revarsavr presents a meticulously balanced aural web of spiralling polyrhythmic constructions, clashing and chiming copper plates, sub-zero bass shudders and glowing synths.

Combining their fondness of electroacoustic experimentalism with traditional rhythm science from southern India and Korea, Lumisokea create a music in which the pulsating rhythms wind and coil unto themselves like a snake biting its own tail while metallic clangs and howling drones float in and out of focus.

The point of departure for Transmissions from Revarsavr was a recording Lumisokea made in early 2014 of Vladimir Popov’s “Noise Instruments” - remarkable mechanical contraptions designed in the 1920s to imitate the sounds of the coming industrial era. Like the “Noise Instruments”, many of these initially outlandish and far-fetched sounds have imperceptibly become self-evident to present-day music, while pioneers such as Arseny Avraamov (aka Revarsavr) and Vladimir Popov have been largely forgotten. With these “Noise Instruments” as a basis, Lumisokea craft the spiraling rhythm trips of “Generation Z” and “Nanissaanah”, the eerie procession of “Buk”, the rapid-fire blasts of “Hyman Otor”, the spectral shimmering dub of “Engrams” and the corroded percussion-mayhem of “Uroboros”.

The album has been mastered and cut by Rashad Becker at D&M, features artwork by Darren Brian Adcock and will be released on LP and digital formats by Opal Tapes on 22 January 2016.

The "Noise Machines" used in the recording are courtesy of The Music Laboratory (Moscow) and were recorded at the ReNoise exhibition in Berlin by Lumisokea. Lumisokea would like to give special thanks to Konstantin Dudakov-Kashuro, Peter Aido and Evgenia Vorobyeva for the permission to use and record the reproductions of Vladimir Popov’s “Noise Instruments”.